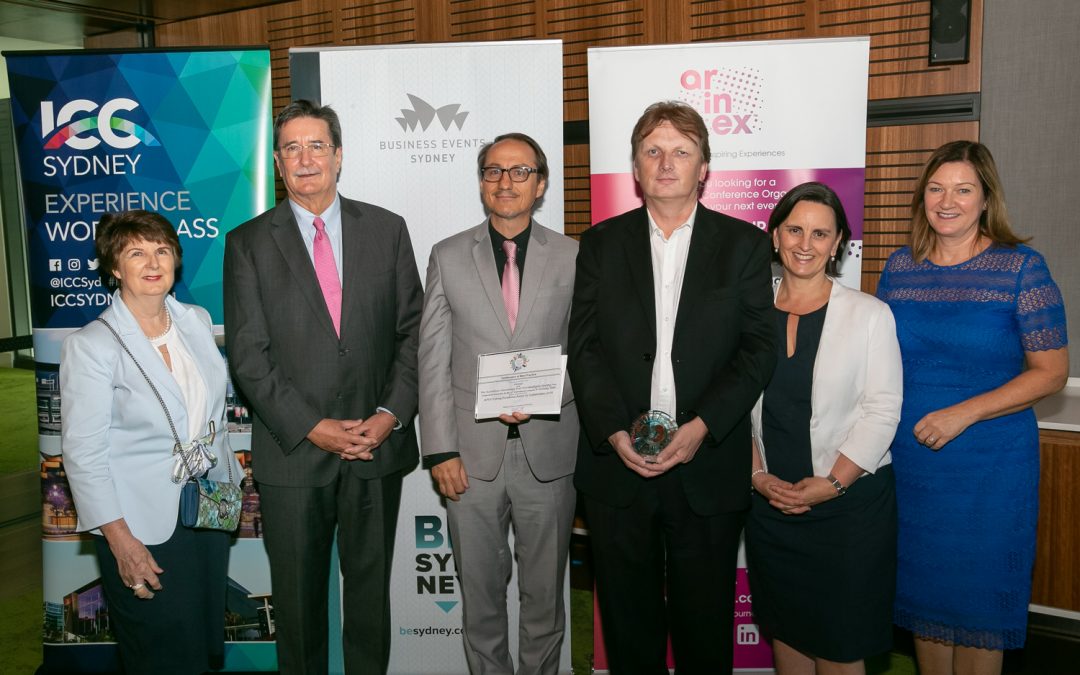 The relationship between the 19th International Microscopy Congress (IMC19) Organising Committee (OC) and its PCO Arinex has won the prestigious IAPCO ‘Driving Excellence Award for Collaboration’ for its partnership-driven management of the 2018 Congress.

“The outcomes from IMC19 show the potential gains to be made from genuine collaboration. By working as an extension of the IMC19 committee, rather than in a client-supplier relationship, the Congress achieved its objectives and surpassed targets,” Drew said.

Arinex CEO Tamara Kavalec added: “IMC19 has been a ten-year journey with our clients, Professors Simon Ringer and Paul Munroe, Business Events Sydney and Arinex; we lost the first bid in Rio then won three years later in Prague. It was a team effort every step of the way.”

The OC, key vendors and Arinex worked in partnership to transform IMC’s existing model by identifying risks and opportunities. The OC introduced innovative Congress firsts such as a Schools Outreach Program and Arinex conducted detailed feasibility studies and listened to feedback before arriving at the new model. Adopting the new model took some faith from the OC, but they could see the value of the commercially-driven structure which also gave sponsors and exhibitors more value. The trust built between both OC and PCO over the journey enabled the collaboration to flourish.

The results were significant; sponsorship and exhibition sales were 225% and 150% on target respectively, while combined sales were a 30% improvement from the previous Congress, IMC18, in Prague.

IMC19 was further enhanced thanks to the OC’s ability to attract Nobel Laureates and build an excellent program, and its willingness to search for exceptional inclusions to please delegates and create a sensational experience.

Professor Simon Ringer, IMC19 Chair, said: “The Arinex team were innovative and they were determined to create a new business model for this community so we could sell a sponsorship business case for the industry. This industry has responded terrifically to this model. It’s very significant that we’ve exceeded the sales from the 2014 meeting in Prague in central continental Europe; that’s no mean feat. And so it has really been a key collaboration for us.”