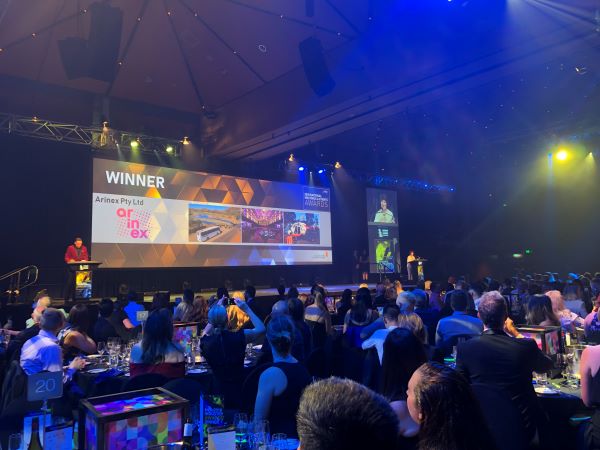 It is the seventh consecutive year the events management company has won MEA’s PCO of the Year after securing the title in 2006-2008 and 2012-2014 (in the intervening years Arinex was admitted into the MEA Hall of Fame).

Senior Project Coordinator Ashleigh Duggan acknowledged industry colleagues who had mentored her throughout her career while Melissa Murphy gave heartfelt thanks to colleagues and clients for their ongoing support after receiving MEA’s Event Manager of the Year and the Platinum Award.

Roslyn McLeod OAM, Arinex Founder & Chair, said it was fantastic to see the team’s hard work recognised and thanked fellow industry partners and friends for their ongoing friendship and support.  Roslyn acknowledged her competitors, industry colleagues whom she respects and admires and who put the effort into their submissions to complete the robust process that makes these awards the best in the industry.

“We enter awards to win but when your name is announced it is a surreal experience.  My heart stops and becomes frozen in those moments, I think how lucky we are to win,” she said.