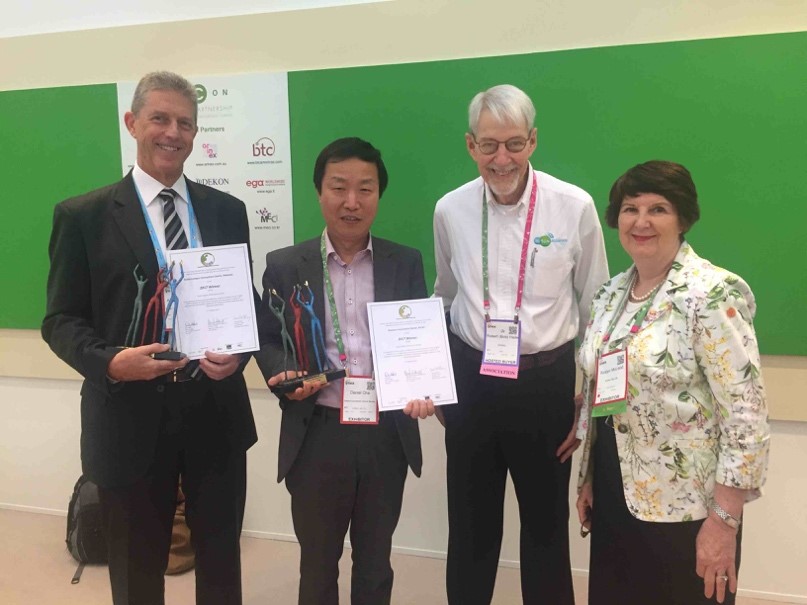 It is with deep regret that Arinex and INCON announce the death of Bob Heile, Ph.D. Bob was a long-standing client of Arinex and Chair of the INCON Digital Infrastructure Award. Bob died at his home in Boston on September 24th, 2020, after a bravely, fought battle with cancer.

Bob was an internationalist and innovator who led the global harmonization of digital communications such as the 802.11 standard (WiFI). He was also involved in presiding over the development and deployment of various wireless protocol standards, like the “Internet of Things” (IoT).

Bob was an accomplished business event chair, committee member, speaker at numerous digital communications congresses. He generously shared his time and expertise to educate the business events industry on standards for the provision of WiFi in venues.

Bob was a fine example of the strong bond that develops between clients and business events. He passed his wisdom onto us to enable higher standards to benefit everyone. Roslyn McLeod OAM, founder of Arinex said, ‘Bob came to us first at the ISCAS meeting International Symposium on Circuits and Systems in 2001, where our client, David Skellern, an Australian electronic engineer and computer scientist credited, along with colleagues at Macquarie University, Sydney, invented the first chip-set implementation of the IEEE 802.11a wireless networking standard. They were the buzz of that meeting. This innovation was described as a revolution in world communications, allowing high speed wireless communications. It was the chip in your mobile phone. Bob was also an inventor, but he also became a consummate conference expert. I remember one year he was at home for only 16 days because he was on the road constantly attending meetings and conferences.’

The business events industry is grateful for the generosity of spirit and the friendship this wonderful man gave effortlessly. Our condolences go to his family, his wife Bonnie and his daughters Sarah and Beth. They have have provided us with this link to a condolence card.