Managing events in a crisis 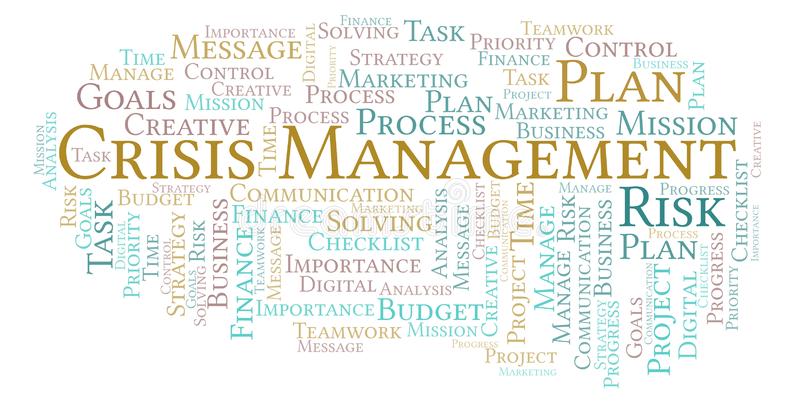 For events held in tropical North Queensland, although you are treated to unspoiled white beaches, you may also encounter severe weather systems. About 18 months out from a client’s incentive in the Whitsundays in 2018, a severe tropical cyclone sadly flattened the resort that we had booked.

What followed was sensitive negotiations with the affected venue; while there were years of rebuilding ahead for them we were obligated to act in our client’s best interest and quickly redesign their Queensland leg. We managed this as thoughtfully as possible and the venue was incredibly understanding. The result was a change in itinerary to Port Douglas, with the team securing accommodation at the five-star Sheraton Grand Mirage, which had recently undergone a $40m refurbishment. We can happily report that the original resort has been completely rebuilt and re-opened in late 2019 as the luxury InterContinental Hayman Island. 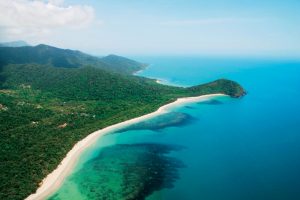 Months of communication and preparation to secure high-profile keynote speakers can often crumble in an instant, thanks to reasons as simple as a missed flight. We experienced this while managing a 2,000-person conference for a global technology company last year, when the keynote speaker informed us he had missed his connecting flight from the United States and would not make it in time – just 24 hours before he was due to speak!

Instances like this are where your networks and industry knowledge kick in – there is no other way than to pick up the phone and start dialling! The project team put together a brief of requirements and circulated that to our speaker network. Within 7 hours we had contacted the ideal replacement, who was based in the same city as the event and gladly agreed to present the following day. That keynote speech ultimately was named as the conference highlight.

Protest action always has the possibility of becoming violent and so a major consideration should be the safety of participants. Actions such as engaging a security company; ongoing liaison with police and various government agencies and ongoing threat assessment are all important.  Police will usually only take responsibility for public spaces; it is the meeting organiser’s responsibility to monitor and manage entry into the venue as well as to ensure internal security at the venue. 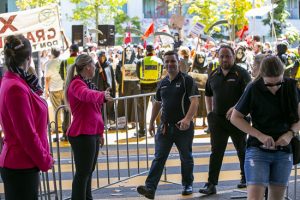 Recently we ensured the safe running of the inaugural Resources Technology Showcase (RTS) in Perth, which attracted protesters who made a blockade outside the Perth Convention and Exhibition Centre. In preparation for this, we put in place a thorough security plan with State Police involvement. The security measures included checking bags and photo ID upon entry with bags larger than A4 being checked into cloakrooms. VIP speakers were escorted via the back of house entrance and brought through to the Conference by security personnel.

Venue structural problems are not usually deemed high risk for planners – but they can happen! In August last year we turned on the news to find a popular venue in Melbourne had been evacuated due to structural concerns – yet we had a gala dinner booked there in just 4 days’ time! When it comes to urgently finding a replacement venue, once again, a good network of contacts is vital. After multiple phone calls to other venues in the vicinity, our team was able to present – within 24 hours – four options to the client to choose from. Once the new venue was secured, and after many more hours of work to communicate this to all attendees and to re-arrange – and even appoint – suppliers, the result was superb and the impact on the client’s budget was minimal. 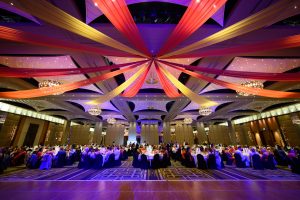 Arinex would be pleased to assist with any crisis planning, or any other event requirements. Contact our Business Development team at enquiry@arinex.com.au to find out more.