Three staff at Arinex, (TOUR HOSTS as they were once known) hold fabulous memories of the Olympics. Roslyn McLeod, Lorraine Di Vito and Rebecca Quilty have participated in many events since, but there has been nothing more exciting than the Olympics in Australia. Rolsyn McLeod (OAM) and founder of TOUR HOSTS, now Arinex, shares a brief account of the event.

Special thanks to Trevor Connell from Australasian Special Events for this historic article published September 2020 in the lead up to the 20 year anniversary of the Sydney Olympics.

At the MIAA NSW Professional Development session on the Olympic experience, Nicole Turner, Corporate Events Manager for Tour Hosts (Arinex) discussed her role in developing and running the Corporate Hospitality program for BHP.

TOUR HOSTS, now known as Arinex, began its Olympic Experience back in 1996 when we were approached by BHP to merge resources to develop their Corporate Hospitality program for the Sydney 2000 Games.

BHP’s involvement with the Games and SOCOG was as one of the 25 Team Millennium Olympic Partners (also referred to as a TMOP). The TMOP’s included leading Australian and International organisations, that each made contributions from $20mil up to $60mil towards the Games.

In addition to this, as part of their sponsorship contribution, BHP also supplied in-kind –130,000 tonnes of BHP steel products for the construction of the Olympic Projects and Venues (for example Stadium Australia and Olympic Park Station). As the official silver supplier, BHP provided materials from its Cannington mine in Queensland for the Olympic and Paralympic medals. They also provided the materials for the construction of the Olympic Cauldron.

BHP saw participation as a TMOP as an opportunity to leverage and maximise their sponsorship – Through the Corporate Hospitality Program BHP looked at this unique opportunity to build and strengthen relationships with their company’s customers, employees and local communities. Essentially, Tour Hosts was brought in, to strategically develop and implement the program.

Now, most of you are probably wondering, how Tour Hosts (Arinex) secured a project of this nature? Was it via the tender process, or was it as simple as being in the right place at the right time?

In the case of Tour Hosts (Arinex) there was no tender process and no being in the right place at the right time. BHP approached us on a one to one basis because of our longstanding relationship with them, and our track record of successful past ventures.

BHP’s needs were somewhat different to the other sponsors. BHP still wanted to drive the project, making sure the BHP corporate philosophy (i.e. product and client knowledge) was at the core of the decision making process. Our role was to provide the hospitality experience, resources, industry knowledge and supplier contacts. And that essentially made the alliance complete.

The BHP Olympic Project Management Team was small by comparison. It consisted of 6 full-time staff and the Tour Hosts (Arinex) team consisted initially of 3 core team members in the early days, then 6 months out the team expanded to 15 staff. Three months out the company’s resources were utilised to provide 25 permanent Tour Hosts (Arinex)Staff. The management of the project was made much smoother by drawing from our internal division’s expert knowledge in Accommodation, Special Events, Transport, Tours, Registration and Workforce.

By having the internal resources within the company to expand and supply the demand of the project we were able to accommodate all the clients’ requests. The sheer volume of work this Corporate Hospitality Program generated was indescribable.

The major challenge that we experienced was SOCOG. The progress of our planning in the early days was determined by SOCOG. Our planning was contingent on their planning relating to venue completion dates, catering costs, transport allocations, etc. This dependency proved to be somewhat restrictive.

19 days of hospitality
2600 guests, hosts, partners over the 19 days
4 primary waves of guest arrivals
Development of the entire guest programs – itineraries
Management of transport, transfers and operational logistics
Ticket management
Organised accommodation through two locations
Designed and planned the hospitality for 3 sites
Implemented an IT and communication network that would work in a WAN environment
Recruited, trained and managed a casual workforce of over 130 on-site personnel
24 hour nerve centre to manage the project
A total of over 25 thousand man hours

Overall our client objective was to “DELIVER DELIGHT” and in fact we instilled this thinking into all our staff from the start to ensure we did exactly that, “DELIVER DELIGHT”. The feedback from the experience has been overwhelmingly positive, which is encouraging for my team who have worked so hard over the past three years.

I would have to say this was one of the largest projects that Tour Hosts (Arinex) has been involved in, not in relation to size but in relation to the complexity and detailed nature of the program. Our industry as a whole displayed international professionalism from all suppliers and services to the Games and I think we should all be very proud of the benchmark we have set to the rest of the world.

PROGRAM/GUESTS
The Program was made up of Guests and partners and hosts.

Waves:
The overall program was divided into a series of waves.
There were 4 primary waves
Each wave had sub waves (1, 1a, 1b)
Plus day guests on every day

ACCOMMODATION
We had a room block of 200 rooms, split between two hotels:
The Observatory Hotel (The Rocks) – 60
Pier One Park Royal (Pier One) – 140

To add to the personalized nature of the program no guests experienced a check in at the Reception Desk. All 1300 in-house guests had one-to-one service in their rooms.

HOSPITALITY
There were three hospitality sites:

Developed a 4-day training program with workforce manual, a very successful tool.
Accreditation – detailed accreditation for onsite Access had to be obtained.
Other factors included provision of uniforms and rostering 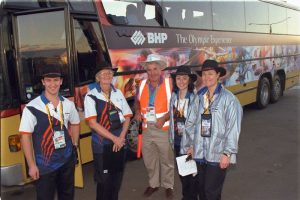 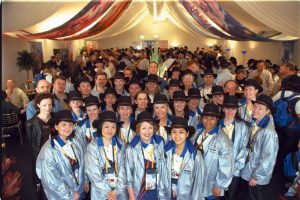 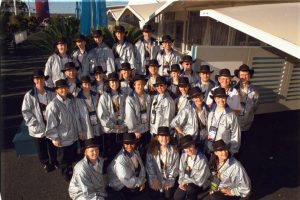 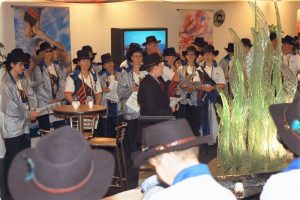 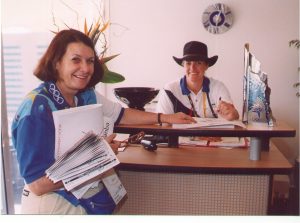 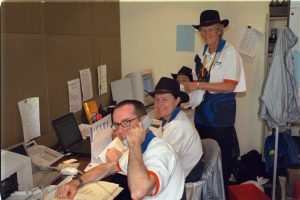 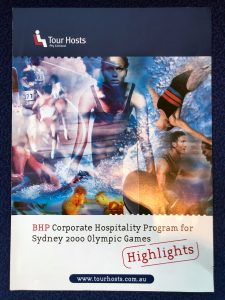 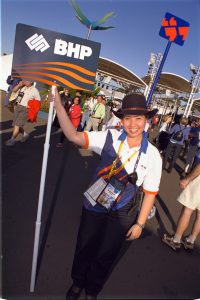